How Often Do You Need To Change Your Strings? 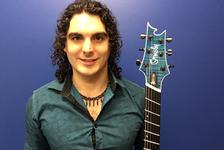 In this article we’ll be looking at how often you need to change your strings. When asking this question you need to factor in your level as a musician as well as your personal preference when it comes to sound and feel. Obviously if you are a professional musician your needs are going to be different than somebody who doesn’t gig or record. You’ll also you clock up more hours on the instrument which will lead to a quicker deterioration time. On the other hand if you don't have any aspirations to play outside of your bedroom then new strings isn’t always going to high on your priority

Below we’ll take a look at some specific scenarios and my recommendations for when you should change your strings.

I usually recommend most casual players change their strings every 6 months. Most strings become duller around the 3 month mark and begin deteriorating and building up grime by 6 months. Some people like changing strings as soon as they lose their natural sparkle while others who aren't fussed about sound can get a lot longer life out of them. If your strings are getting rusty or are starting to unwind above specific frets then it’s time for a change. It’s also a great point to make that if you’ve broken one string it’s best to change all of them so that you have a consistent timbre across all 6 strings so no single one is brighter than the others.

I like to restring my guitar the day before a gig to ensure my strings are nice and sparkly and can catch every nuance of my playing and facilitate better tone. Other people prefer the feel of ‘worn in’ strings. Chances are your favorite guitarist (think Slash or John Petrucci) has their guitar tech restring each of their guitars (yes each of them) prior to a new set. If you gig several times a week this can prove costly but you can balance out your preference for fresh sound with how long it takes for your string to deteriorate and work out what’s best for you.

If you’re recording guitar or bass in a professional studio for a record then you need to change strings every day - No excuses. If you’re trying to put out a commercial product then I’m afraid there is no way around this one so budget extra for the additional strings and make sure you bring them to each session. If you’re cutting demos in your home studio or are just mucking around then you can cut yourself some slack and ease off on the idea of new strings being the only option. 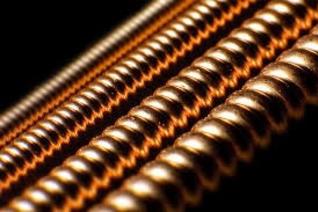 About The Author
Michael is a progressive metal guitarists from Melbourne, Australia. He plays in Hybrid Nightmares and is the owner of Melbourne Guitar Academy. If you're looking for a guitar teacher in Melbourne Michael will create a personalised guitar lesson program aimed at getting you getting maximum results in minimal time.

Tips For Getting Longer Life Out Of Your Strings

There are some simple things you can do to get a longer life out of our strings. The most basic one is to wipe down your strings after every practice session. This will ensure that grime and dead skin doesn’t build up on the strings and will also get rid of any corrosive sweat (particularly if you have an acidic PH level) that would otherwise stay on the strings and cause rust. A simple rag will do but there are string wipe gimmicks that work well too. You can take this one step further and keep your guitar in its case whenever it’s not being played. This can be especially important when you live near the ocean. Ultimately though no matter how good care you take of your guitar you will eventually have to change strings.

So hopefully this article has shed some light on how frequently you should be changing your guitar strings. If you’re a serious musician then changing strings frequently will be on the cards so you can maintain the bright sound that only crisp new strings carry. If you’re on a budget or aren't fussy about having the perfect tone then you can get significantly longer life out of your strings and push them to the limits of their lifespan. 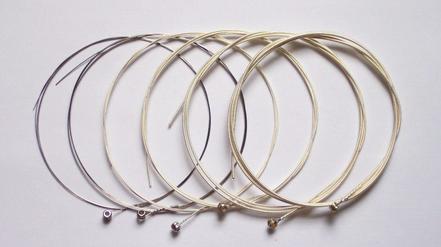